When time is of the essence, the Compact Twin is the natural answer. Thanks to the handling of two load trays in the same sequence, with one tray in the waiting position and one in the picking position, the picking rate can be more than doubled. 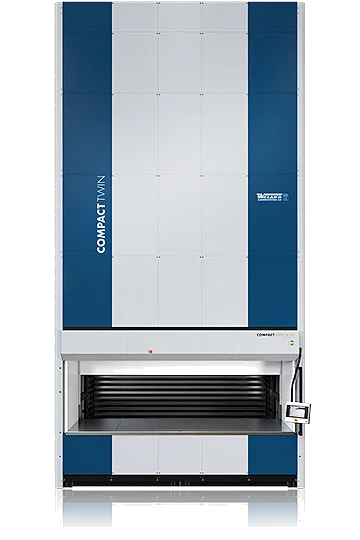